The Reinvention of the Poster? 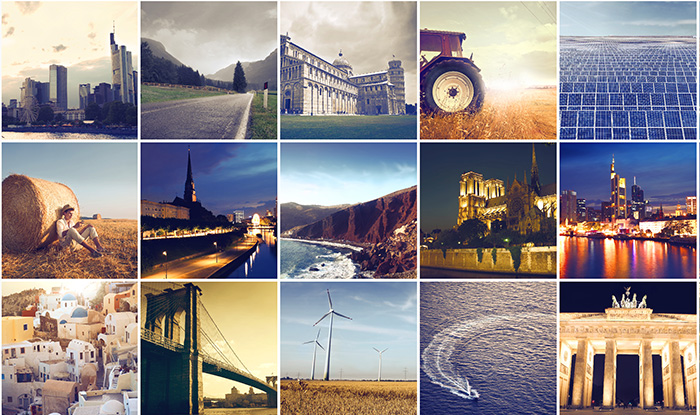 Video games have proved divisive since they first began to appear on shelves back in the 1980s. At first they were accused of being time-wasters that allured unsuspecting teens into a life of sloth. Later on, as game graphics and gameplay improved and game creators became increasingly adventurous, many were viewed as leading the hapless gamer towards a life of violence and crime. However, among the public gaming has become increasingly popular. Supporters list numerous advantages to gaming, and this is reflected in sales figures. With echoes of the film industry top titles can expect to rake in hundreds of millions of dollars, and console developers continue to push the boundaries of their art whilst riding the turbulent waves of public opinion. Few games have proved as divisive, or as unique, as Grand Theft Auto, and few have romanced the medium of the poster in such an overt way.

The Great-Great-Great Grandparents of Advertising

Posters have continued to transcend the ravages of time. Originally created in the 1800s in France they swiftly became commonplace throughout Europe as an ideal way of communicating information. Aside from the fact that the lithograph was a very quick way of reproducing a poster, at a time when many people could not read, pictures were a logical choice for conveying ideas. When wireless and television advertising arrived in the early- and mid-twentieth century respectively, it may well have spelled the end of the road for sticking sheets of paper to the sides of buildings. However, possibly due to the universal accessibility and unadulterated simplicity of the medium, the opposite has proved to be true. The reliance on the poster in creating the fabric of the cityscape of Grand Theft Auto stands as testament to their importance in contemporary visual culture.

For anyone who has been living under a rock for the last few weeks, Grand Theft Auto Five (or GTA V as it is known among gamers) is the latest dramatic offering from Rockstar Games. Players roam the vast fictional cityscape of San Andreas by “borrowing” vehicles from innocent members of the public. Whilst roaring their way up the ladder of the murky criminal underworld in anything from rickety old ice-cream vans to stolen Lamborghinis, players become intimately connected with the wide boulevards, sprawling shopping complexes, and stunning vistas of the game.

Indeed, one of the reasons that GTA V has proved so popular with gamers has nothing to do with actual gameplay but is a result of its creators’ almost obsessive attention to aesthetic detail. The virtual Los Santos is based on Los Angeles. In order to give Los Santos a mouth-watering taste of reality, game developers undertook extensive field trips to collect photographs and videos of every corner of LA, which they then translated into a purpose-built city that was beyond anything they had attempted before. Architectural historians and tour guides were called in to boost the design process, and a wide range of resources such as LA census data were used to bring Los Santos to life. This is all part of the gaming industry’s commitment to inviting the gamer to engage their whole mind in the task. This is just one of many examples of video games being showcased as being able to boost brain power and multi-tasking skills.

For players of the game this attention to detail makes for a vivid gaming experience. For other stakeholders it has provided a unique advertising opportunity. In creating a cityscape that is based on reality, Rockstar have inevitably had to include some aspects that closely mimic the real world. This includes cars that are direct rip-offs of existing brands, such as Porches and Land Rovers. Dodge in particular has been showcased, with one of the game’s central protagonists spending much of his time driving around in a fresh off the shelf Dodge Charger. Known to the advertising industry as product placement, GTA V has proved to be a showcase of cross advertising.

Product placement is a coveted holy grail in the world of advertising. Found in films, music, books, and games the marketing strategy involves seamlessly inserting a product or brand into an environment where it will then be broadcast to target audiences. Whether it be the Reeces Pieces used to entice the homesick alien into the family home in E.T, the prominent Ray-Bans in Top Gun, or the Kodak Carousel in Golden Globe-winning series Mad Men, companies stand to gain much from placing their product in the carefully constructed worlds of films and games.

Product placement is entrenched in the fabric of the GTA V game. Alongside recreating well-known automobile models this includes humorous nods to global brands such as Apple, Facebook, and Twitter, which respectively appear on the screens as iFruit, LifeInvader, and Bleater. However, as a virtual city GTA V has also managed to mimic more traditional forms of advertising, such as posters and billboards. Whilst driving along sun-drenched highways or racing through the urban sprawl, the gaming world is brought to life by poster advertising. Companies who want to use GTA V as an advertising platform are able to reach millions of gamers with a single poster, and in return the game has a slice of reality that cements its aesthetics.

This reveals much about the importance of posters both in terms of advertising and in terms of the backdrop to everyday life. Posters are used to enrich the vistas of Los Santos, bringing the streets and highways to life with their silent commentary on urban existence. The de rigueur content of GTA V has undoubtedly been the main attraction for some players, but within hours of its release fans were taking to the web to complement its artistry. Careful product placement has also been praised, with a game infused with products and brands being viewed as a major step forward in advertising. With more and more people using automatic ad blockers  or simply fast-forwarding through commercials, the poster looks set to begin a new life in the gaming arena.

Article brought to you by Claire Platt, Posterini blogger contributor.